Tampere.Finland application provides a growing selection of useful services. One of the latest additions is a carbon footprint calculator, and the next one will be a tool for citizen participation and feedback.

Miia Järvinen spotted Tampere.Finland city app while googling for things to do in Tampere for a week off – the plan was to spend some free time with her spouse in their home town. The app seemed interesting, Järvinen downloaded it, found plenty of activities with the app and kept on using it.

Tampere is an excellent city with a wide variety of choices. The app has offered us many nice ideas for what to do for example on weekends, says Järvinen.

The application is also useful for a commuter. Järvinen is a Nurse Anesthetist in Tampere University Hospital, and will take a look at the the app every time she’s about to head home from work.

– I’ll check where my bus is at the moment: do I have to hurry to the bus stop or is there still time, Järvinen says.

One of the latest features is the carbon footprint calculator in the route guide. A user can find a route and check how much its carbon footprint would be diminished by using public transport or bicycle or going on foot, compared to driving a car. The calculator is intended to be a handy tool for anyone who wants to compare these options.

The calculator was added because Tampere aims to be carbon neutral by 2030 and the Sustainable Tampere 2030 programme encourages people to choose sustainable modes of travel, says Maarit Vehviläinen, Project Manager of STARDUST project.

A user can also track the CO2 savings and see how they rank among all the users. At this point the user needs to actively add the savings to compare rankings, but Vehviläinen thinks in the future the app may automatically monitor the user’s choice of travel mode.

Coming up next is a new feature allowing residents to participate effortlessly in city planning and maintenance of their own neighbourhoods.

– The plan is that residents can use the app to give feedback to the City, report faults and participate in user surveys which could be location-aware as well, says CEO Tuomas Kumpula of Geniem, the company developing the city app.

Miia Järvinen thinks it would be convenient to buy a single mobile bus ticket with the city app – if you have already used it to find a bus route, how handy it would be to pay the fare as well! Kumpula says the developers see that tickets should be available via the app later, because that is one of those basic services that make the app really useful.

There will be a survey for the Tampere.Finland app users in the near future.

The first version of Tampere.Finland application was launched in February 2019 and the number of downloads has been increasing evenly ever since. Kumpula says there have been over 35 000 downloads and counting. He estimates Tampere.Finland may be the most popular city app in Finland.

We strongly believe that the city app is a product that will open international markets for Geniem in the future. The first phase is of course to scale it in Finland, Kumpula says.

The Tampere.Finland application has been developed in the Smart Tampere programme together with the STARDUST project, funded by the European Union Horizon 2020 program, and Visit Tampere. The app has been implemented by Geniem Oy and can be downloaded free of charge from the Google Play Store and the Apple App Store. 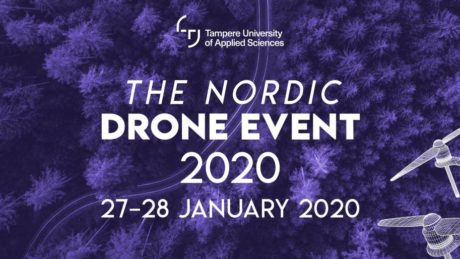 The Nordic Drone Event 2020 arranged as a part of the Tampere Smart City Week focuses on the use of drones in forestry, agriculture, mining industry and construction industry. Sign up now!
16.01.2020 10:49 | by Marjut Kemiläinen

Eventos mobile application is designed to help you maximize the potential Smart City Mindtrek 2020 holds for you. In the...
14.01.2020 15:30 | by Business Tampere
Back to top
Our website uses cookies to improve your user experience. By continuing to use our website, you accept the use of cookies.Read more Accept
Privacy & Cookies Policy
Necessary Always Enabled