Tampere-based Revonte is one of our Nordic Startup School talents. They are looking for an international breakthrough, but they also want to encourage others towards more eco-friendly technology development.

“Above all, the product is software-focused as it is made for Linux”, says Otto Chrons, the CTO of Revonte. “Hardware is kept as simple as possible, as all the good stuff is based on software.”

Brains behind the bike

Chrons jumped in last summer, but the other two founders, CEO Antero Jalkanen and mechanical designer Iiro Peltola, had already set up the company in February last year. Jalkanen has over 30 years of experience in the business world, especially in sales. He has been working with e-bikes for eight years, first building them and then as a dealer. With Revonte he is mainly in the sales role.

Peltola is a young talent that is just about to graduate. He’s the one who came up with the idea of the automatic transmission. Peltola is also responsible for the physical product development of the motor and the battery.

Once the two met Otto, they got the much-needed business and management insight.

“Antero and Iiro took Revonte to the New Factory startup event, where I was one of the mentors”, Chrons says. “They had been in the e-bike scene for several years, and they found that the bikes are poorly customizable. They wanted to create a more flexible system that can be done exactly as desired.”

Today, the dynamic trio works to achieve just that. Chrons’ contacts and understanding of the startup world has made him responsible of the financing and other organizational work.

“My job is to sit under a CTO hat and monitor the bigger picture, guiding software development and product development”, he grins.

According to Chrons, the long-term vision of Revonte is to become the leading platform provider. E-bikes are clearly the biggest market, but societal changes, such as the progress of climate change will lead to the expansion of electric vehicles, too.

“We want to be a major system operator”, Chrons explains. “There are big companies globally, but our product is competitive.” Revonte also has a different and fresh approach, because they specialize in software instead of hardware or motors. “We have been constructing the software for about six months now”, Chrons continues. “Right now, we are making the first functional prototypes that can be integrated into the bikes.”

The Eurobike Fair in Germany in September is clearly the biggest cycling event in Europe and the second largest in the world. Revonte is trying to make every effort to allow potential customers to get to try their new drive system there. Production with the first customers should start at the beginning of 2020. Chrons doesn’t want to name any manufacturers yet, but he states that there are both Finnish and international companies. All the customers are bicycle manufacturers. Revonte won’t make bikes themselves and do not sell their systems directly to consumers. 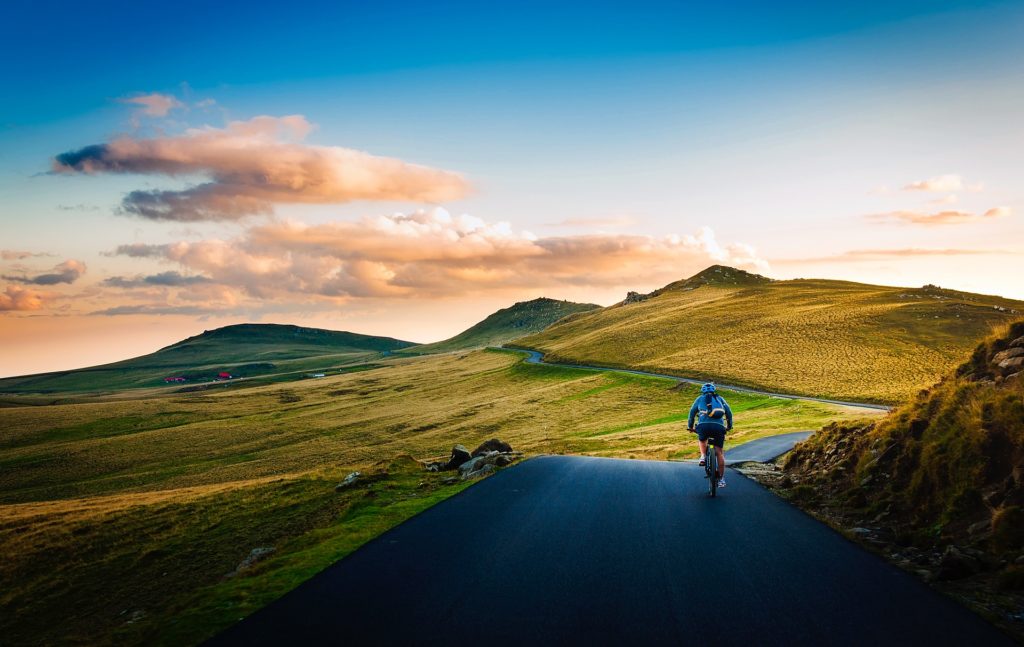 The power of collaboration

Revonte has set its sights directly at the international market, because the Finnish market is so small. There are some manufacturers in Finland, but for Revonte they are just companies among other Europeans.

Chrons thinks that in the Finnish startup scene, the Helsinki Metropolitan Area has been quite dominating. “Here in the Pirkanmaa region, software companies have been mostly consulting firms. We are still waiting for breakthroughs like Supercell. Of course, we have encouraging examples like HappyOrNot and Framery, but we still need more, so courage and inspiration will grow”, he says. In his opinion, cooperation and communality between local startups is very important. When the market is the whole world, no neighbor can be considered a competitor. When people come together, more occasional things come to conversation and new ideas can flourish.

“When a certain critical mass is exceeded, great things begin to happen. But it must come from startup people themselves, it cannot be controlled from the outside. For example, just go out and have a beer together and chat about your ideas, instead of going to the seminar”, Chrons sums it up.

In Finland, the biggest challenge for startup companies is to get enough funding. Big projects need a lot of money and it's hard to get it unless you have the proof of your expertise. Funders insist that people and teams are validated. In the eyes of the financiers, therefore, credibility is often weak because the merits are missing. Even the great ideas don’t automatically lead to funding.

Nevertheless, Chrons believes the industry is developing. The attitude climate is positive, and entrepreneurship is no longer seen as something negative. There are success stories that encourage others to take the next step. Of course, the list of big ones is still pretty much game-focused, but there are also some new areas. “We have some pioneers, but we still need some more”, Chrons says. “Back in the days, it was not liked if the company was sold abroad. Today, we need more IPO cases, such as Spotify across the bay in Sweden.”

The Finnish market is small, but Chrons sees that it’s a positive thing. New companies don’t need to make big investments in the domestic market, and they can set their focus to global market. The Finnish language area is small, so the companies can be branded internationally from the beginning. Everything is done right away in an international mold. One of Finland’s greatest advantages are skillful and inexpensive employees. Gathering a competent team may cost ten times less than in Silicon Valley. The other thing is, that there have always been a lot of consultancy firms in Finland, but now the change is visible. Experienced guys are starting to get more interested about other areas, too. “Startups are no longer just for students and founders”, Chrons states. “Nowadays, other experts see them as potential jobs, as the demand gets bigger and the industry is going forward.”

“One of our main drivers is to provide ecological options”, says Chrons. For Revonte that means more people choosing great e-bikes over cars.

“We want to show an example for Finnish people, that we can actually do something for the planet, because Finland has the technological know-how to help people choose more eco-friendly solutions all over the world.”

The joint 6-city project called 6Aika – Ecosystems of Growth creates opportunities for startups. The funding comes from the European Regional Development Fund (ERDF) and Helsinki-Uusimaa Regional council and, in Tampere, also from Tampere city region economic development company Tredea Oy (Business Tampere) and the city of Tampere. As part of project we publish information about success stories within the region sharing the know-how and best practices to strengthen the local startup ecosystem.