We offer professional services and advice to the Tampere Region companies eg. in financial planning and funding related questions. Read more about our services and contact us! 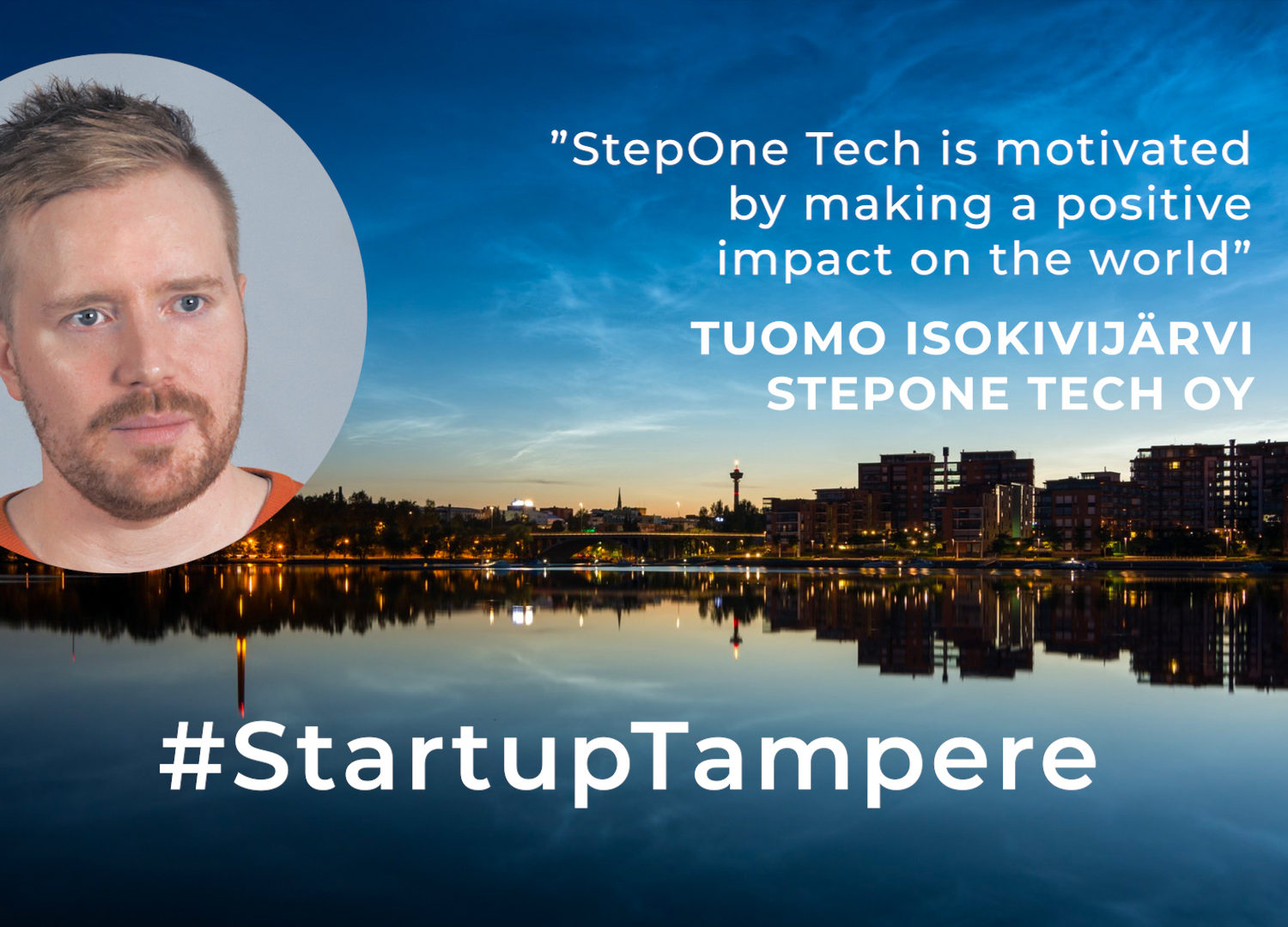 StepOne Tech Oy is a cleantech company based in Pirkkala, Finland, and founded in 2012. The company develops solutions to replace the fossil fuels used in cars, motorcycles and other vehicles with bioethanol.

CEO Tuomo Isokivijärvi says that, thanks to the technology developed by the company, more than a billion vehicles could move from fossil fuels to renewable fuels in the future. Adding value is the fact that the technology is not only available to the wealthy, but it fits into everyone’s budget.

“We want to significantly reduce global emissions from road traffic,” Isokivijärvi states. “We believe that we need quick, easy and inexpensive ways to achieve positive environmental impact. That’s why we have developed our eFlexFuel product family.”

Sustainability and responsibility are the company’s core values. “The most important value that motivates us is making a positive impact on the world,” Isokivijärvi specifies. “We want to make a positive contribution to keeping the planet habitable for future generations. Our largest investor also focuses heavily on the same values. ”With StepOne Tech’s technology, its customers have already reduced their fossil-based greenhouse gas emissions by as many as 50 million kilograms.

When you seek an impact on a global scale, your market necessarily expands. According to Isokivijärvi, a company operating in Finland can reach about a million potential customers, but in the US, the number of customers can be 200 times this. That is why the company is looking outside Finland. StepOne Tech’s products have already been sold in more than 20 countries, and the most important current markets include France, Finland, Germany, the US, Switzerland and Sweden.

“We’re now finishing up with our market entry stages in the US. We’re starting sales and marketing there during the second quarter of 2020,” says Isokivijärvi. “Last year, around 75 per cent of sales came from exports and mainly from France. In the future, we’re expecting the exports into the US to grow significantly.”

In 2018, the company completed the first serial production model of the eFlexFuel-E85 upgrade. It was a necessary step to ensure commercial growth. The following year, the company’s turnover did indeed quadruple into nearly 2 million euros. Along with financial growth, the team of the company has also grown to include almost 20 people. Isokivijärvi says that building a skilled core team and scaling production and operations for larger volumes have been challenging at times. However, these actions were also necessary to expand into the US market, for example. Now, after the funding round at the start of the year, the company has raised more than 2 million euros to enable international and sustainable growth and continue product development.

Investments in growth and the future

Isokivijärvi says that start-up entrepreneurs need a certain amount of patience. Sometimes, the product or service may need long-term work before the wheels start turning in force.

“You can only learn by doing,” he states. “Even though it’s important to have plans, it’s also important to remember that you can’t learn new things if you don’t have the courage to get out there.”

The team’s internal communications must be functional, but networking and building interest groups are also critical. Interaction needs to be mutual. Starting partnerships and collaborations early can bring valuable information for operations such as product development. Companies should not be afraid of recruiting employees, either. “Often, recruitment is seen as ‘a necessary evil’, an expense that’s too expensive, hard and bureaucratic,” Isokivijärvi says, listing common misconceptions. “But that’s not true. Recruitment is an investment in growth and the future. It’s often the only way for a company to grow and move forward. The founders don’t always have time for everything.” Isokivijärvi sees the Tampere region having a broad appeal to attract professionals. This also makes it easier for companies to find skilled workforce, subcontractors and other partners. The growth of the region also supports the growth of businesses.

“And, of course, Tampere is a great place to live in,” he adds.